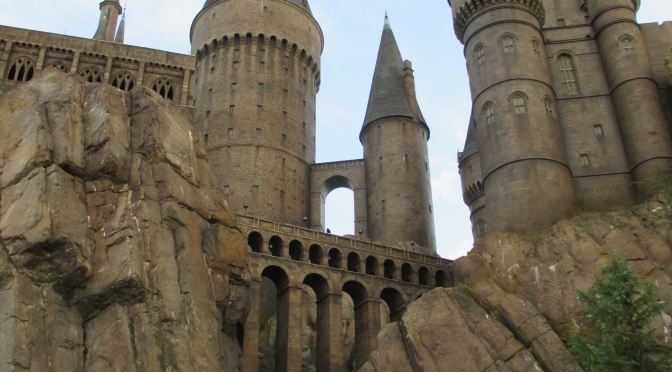 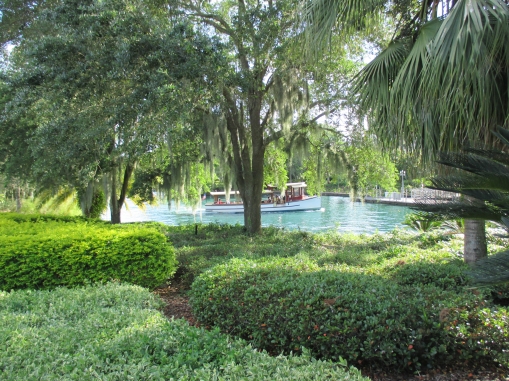 Even walking up to the entrance gates, the landscaping was beautiful.

Here are pictures of various things as we walked to the back of the park where Harry Potter World is. 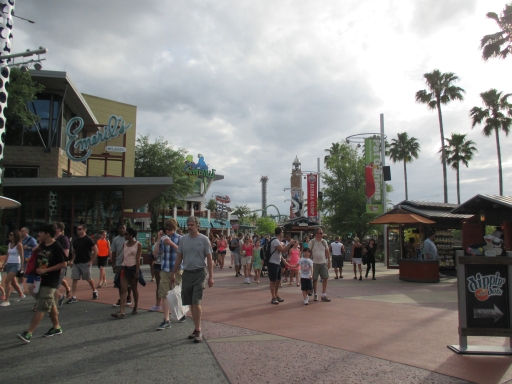 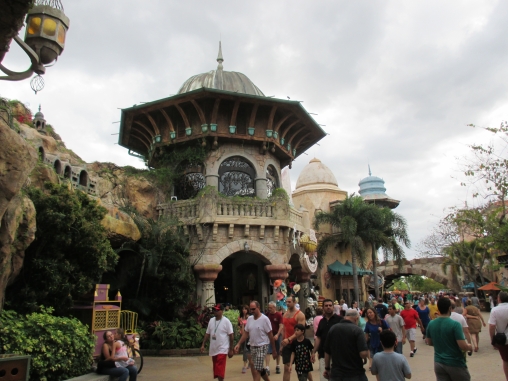 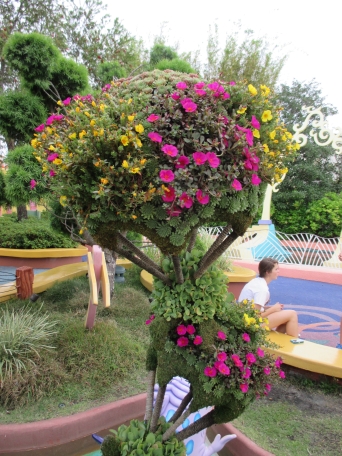 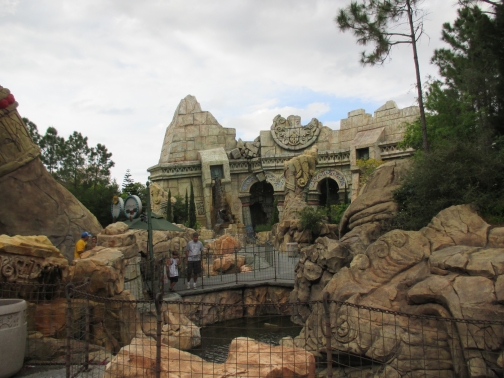 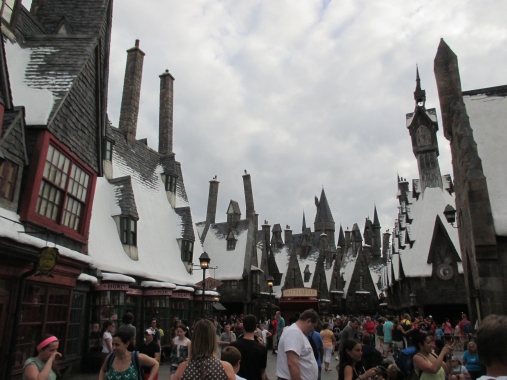 A little performance in furtherance of magical cooperation 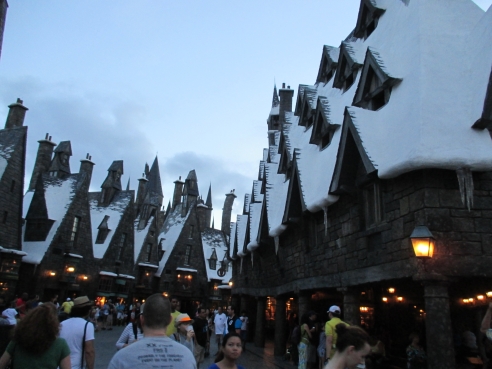 We got soaked on the Jurassic Park ride. Soaked! 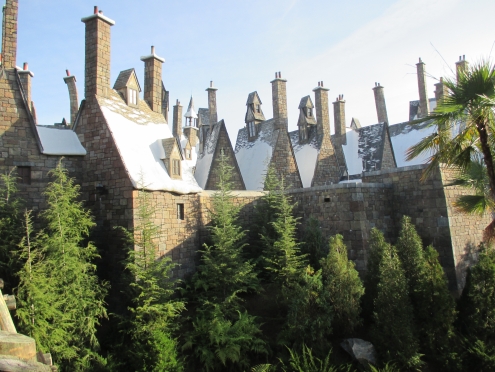 Another view of Hogwarts.

And a couple more views of Hogwarts.  It wasn’t to scale, but it was still very impressive. It’s the home of one of the rides, which was very well done. As you waited in line, it wound through classrooms, past the sorting hat, down corridors with talking portraits, and many other things. In some of the rooms were holograms of Harry, Ron and Hermione doing various things.

The sorting hat! Yes, it talked. In fact, it wouldn’t stop! Sorry I couldn’t get more pics from inside of Hogwarts, but lighting was bad. I took several videos, but they’re nearly black.

I tried to get him to buy it, but he wouldn’t. Maybe he’s secretly a Ravenclaw 🙂

This is one of the few stores in Hogsmeade that is actually a real store. Most are just dressing–you can see in the windows, but the doors aren’t real.

Zonko’s! Unfortunately, not a real shop, either. 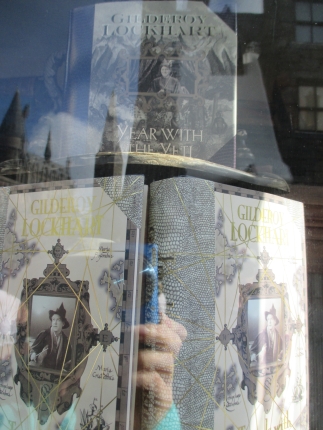 The bookstore had all of Gilderoy Lockhart’s books in the window, but it wasn’t a real store.

Unless you’d rather have a butter beer? We tried it. It tasted a bit like a melted root beer float. 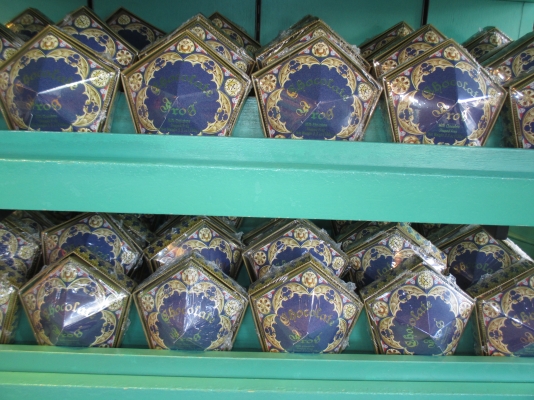 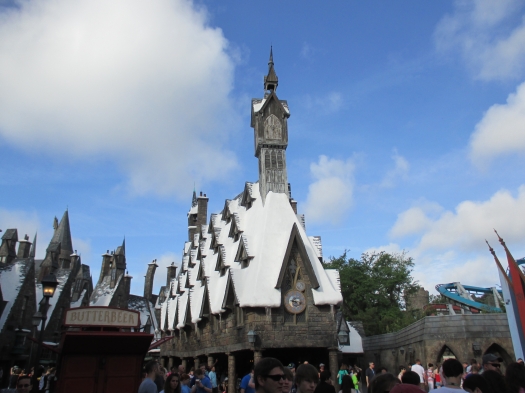 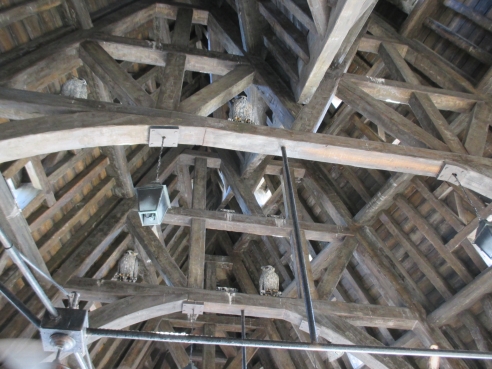 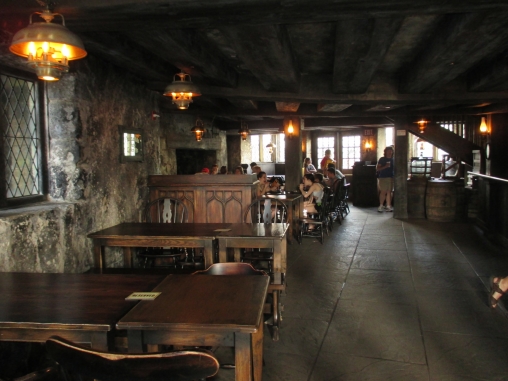 It was even dark on the inside. 🙂 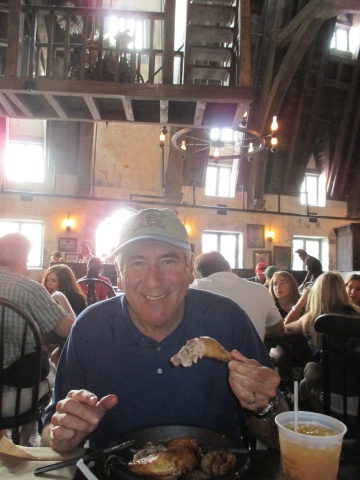 Lunch in the Three Broomsticks.

Lunch at the Three Broomsticks.