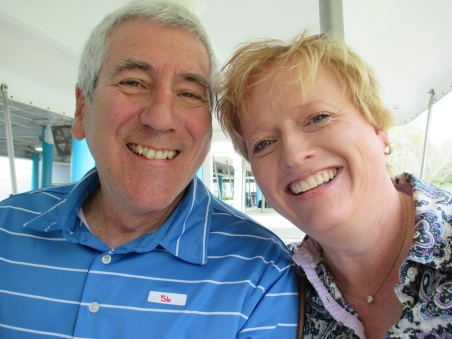 Here’s our selfie on the tram waiting for our tour. 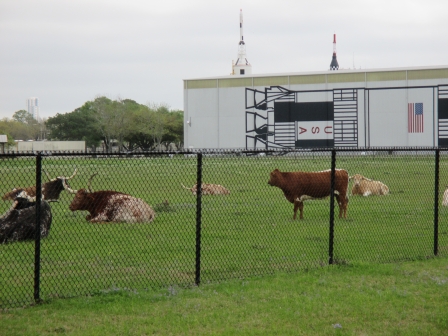 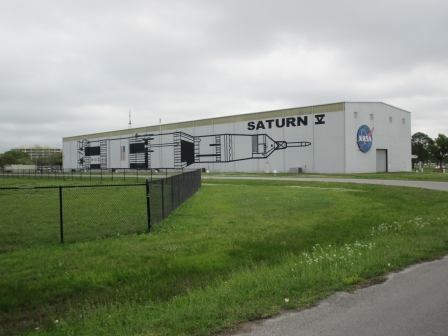 I thought it was fun that cows were grazing between the buildings. 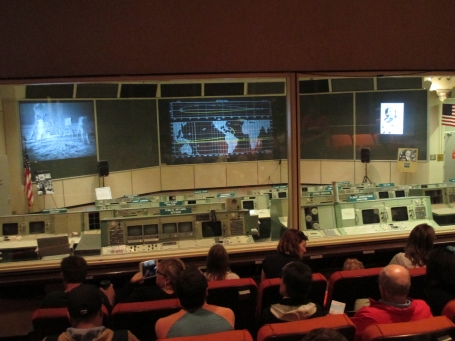 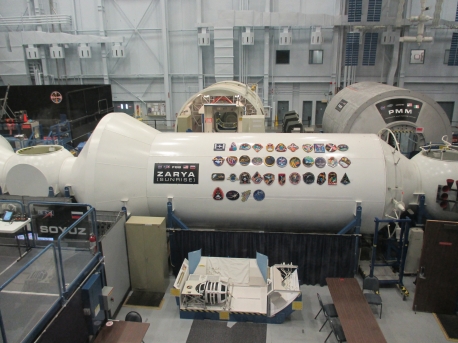 Each mission creates its own badge. They’re displayed in the command center, among other places, but here are the badges for all the missions that trained at this training facility. 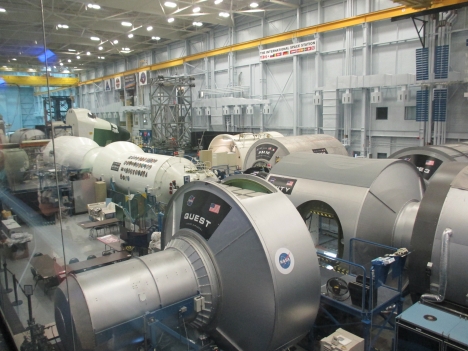 These are components for the International Space Station.  They’re big enough for a person to move through. 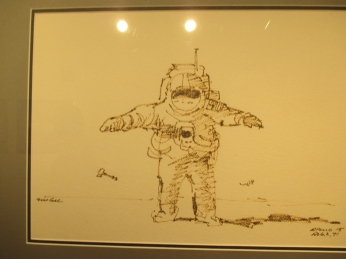 I liked this guy. He looks like a toddler on his first snow day. 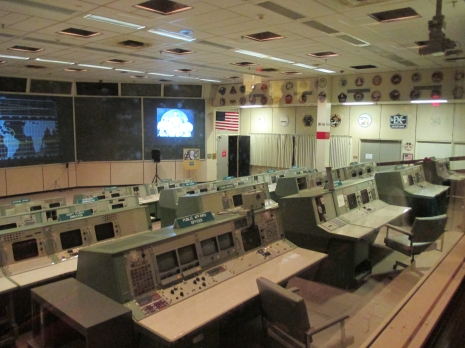 This is the command center used from 1965 to the mid 90s. When it was decommissioned, it was restored back to its 1965 condition.  It’s an historic landmark now. 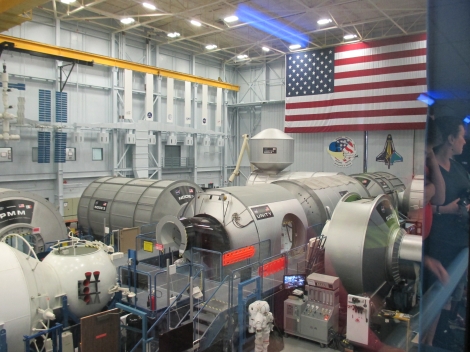 More of the ISS modules. 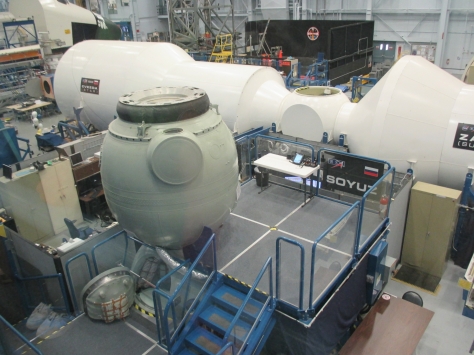 This round thing is one of the Soyuz modules that take three people at a time to the Space Station. You can see how big it is by comparing it to the table on the platform beside it, or even the stairs. It’s a tight squeeze. 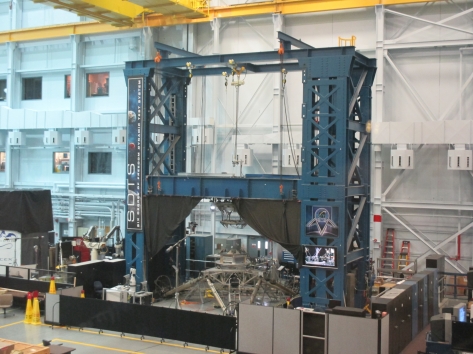 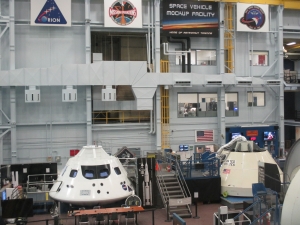 This is the proposed Mars capsule. It’s the size of a SUV on the inside. Just enough room for 4 astronauts to sit for the months-long journey to Mars. Obviously, that’s not going to work too well. 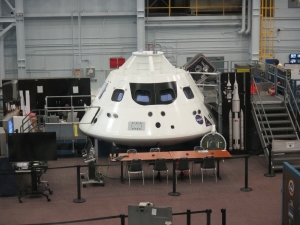 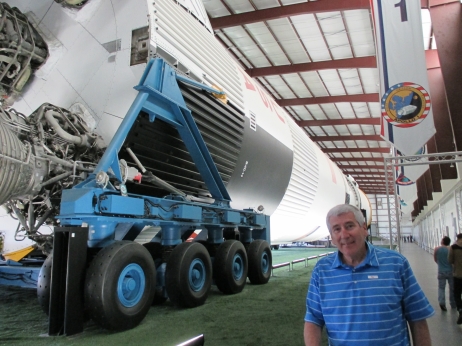 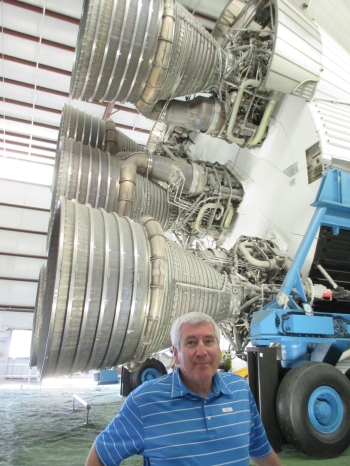 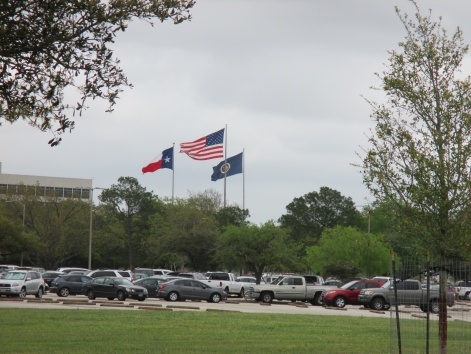 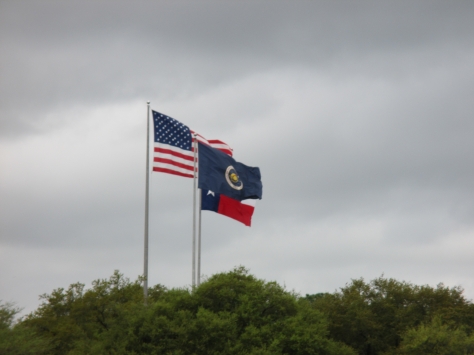 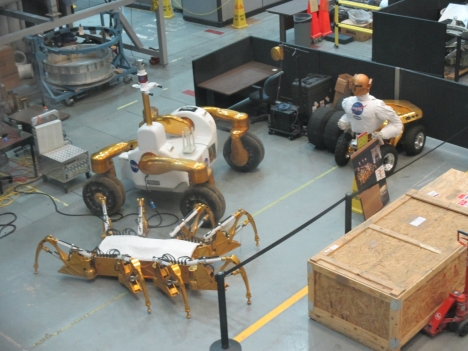 Some of the small robots they’ve developed to do all kinds of tasks in space and on other worlds. 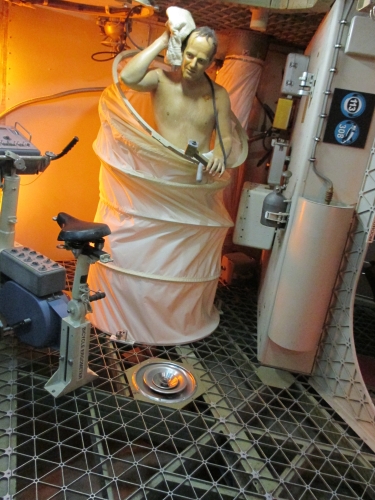 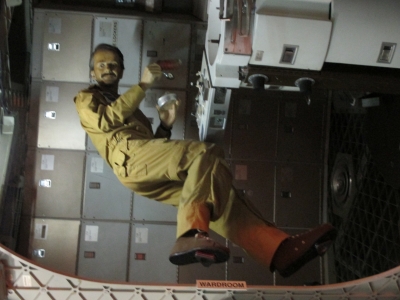 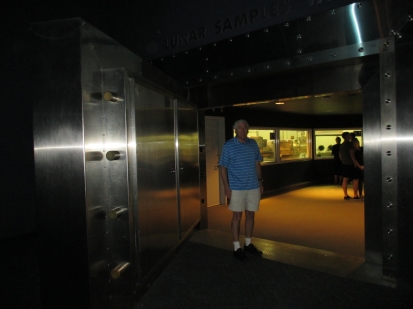 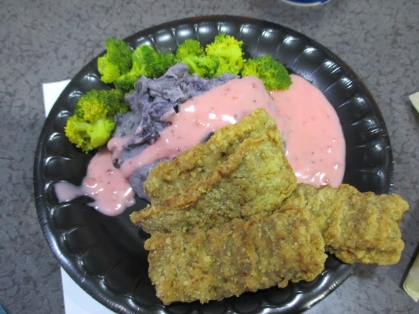 It was April Fool’s Day, so the cafeteria at the museum served purple potatoes with pink gravy. It wasn’t great, but we were starving. 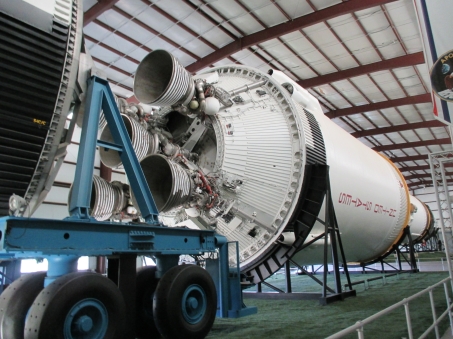 The rocket engines are enormous.

We’ve had a nice couple of days in San Antonio—and we have the sore feet to prove it.  On Sunday, we walked along the River Walk and found some ice cream for dinner.  On Monday, we saw the Governor’s Palace, the Alamo and a bunch more of the River Walk.  Then we spent the afternoon exploring the other missions.  It’s kind of amazing to think what it must have been like in the 1750s when the Franciscan monks walked to the area from their base in Mexico.  At the time, the Indians were being killed by northern Indian tribes and they were dying of diseases brought to the area by Europeans.  To live in the relative safety of the missions, they had be baptized and they were required to learn a European trade and adopt European habits.  I can’t imagine what it was like for them to leave their life styles, their religion, their language and their culture behind. I’ve put some of our pictures of the day here.

I have to tell you about dinner.  We ended up at a vegetarian cafe, which is very unusual for us.  We wanted to try something new.  Our waitress was adorable and so helpful.  Because Bob often orders chicken parmesan when we go out, he got the Chik-N parm and I had the eggplant parm.  Bob said it wasn’t bad and that if he didn’t know, he would probably think he was eating chicken.  : )  Maybe I’ll go back again when I’m in San Antonio for the Romance Writers’ convention in July.  Tera and Alison, are you game?

Two things to note about the drive through Texas.  1.  The speed limit in Texas is 80 m.p.m.  (Thank you!).  2.  Especially in the western part of the state, the highway runs along the Mexican border.  We were stopped at one station (kind of like the fruit check when you enter CA on I 15) to check for illegal aliens.  It was a little weird.